Scroll to Top
HOT
Categorized as
20
Tagged as
castrocommunismcubamaduromonopolysocialismvenezuela
Related 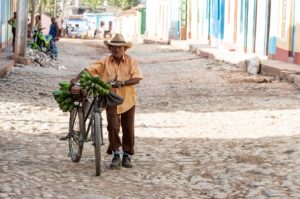 Havana, Cuba – The communist government of Cuba will soon be launching an alternative version of Monopoly, centered on socialist morals and lifestyle. “It’s a big step towards establishing a permanent heritage for marxist-leninist teachings” claims Fedora Rodriguez, General Secretary for Art, Entertainment and Secret Police on the island.

The game will be titled “Statopoly” and will look exactly like the traditional, capitalist-corrupted version of the game. There are some slight differences though: when a player lands on a particular street, he must wait three rounds until he can be assigned an apartment. The process can be sped up through giving some cash to “government officials”, that can facilitate the process.

“But that’s not the only innovation” claims Mrs. Rodriguez. “There is also the pawns: you can have a Che’s beret, a sputtering old car, a broken shoe, Stalin’s mustache, and Soviet performance-enhancing drug pills”.

Big news also for the jail. “The traditional version is boring” declares Mrs. Rodriguez, “you enter for precise reasons and you exit after one turn. That’s it. In communist systems you enter jail for no precise reasons and no one really knows when you will get out, if ever”. The jail box takes around one half of the entire Statopoly playing board.

The game ends when all players are in jail or when the “Revolution” card is dragged. In the latter case, the players get the new goal of transforming the socialist system into a low-wage, shopping mall, TV intensive system as soon as possible, turning the players into oligarchs. “That’s the fun part”, admits Mrs. Rodriguez.