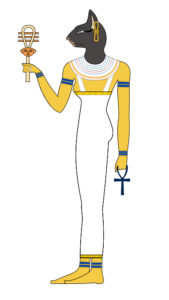 Tacoma, Washington – It took years of researching, but the truth has finally been unveiled: cats are an alien race successfully enslaving mankind. “What else would you think of a living thing that makes you obey to all it wants?” asks Prof. Michael Berenfor from Tacoma University “It is clear: they want food, you give them food. They want cuddle, you cuddle. They want sex, and they moan like there’s no tomorrow and you find a mate for them”.

The cats epidemic has already taken over the largest part of the world. We are talking about around 100 million of cats in North America alone: they are occupying households forcing people to obey their will.

Cats supposedly came to the Earth some 4,500 years ago in Egypt. The Pharaohs were convinced by mystics that Pyramids were needed to receive enlightenment,  but actually served as a gate to make cats join in from another dimension.

“And it’s exactly this Egyptian origin that explained the true nature of cats” claims Prof. Berenfor “since they were made soon into a deity, Basted, that is holding some cat toy in her hand”.

In their quest to repress humans, cats first developed into lions, tigers and all the bunch, but as men invented weapons they transitioned to the seemingly innocuous form of domestic cats, “nonetheless a very violent and oppressive form” concludes Prof. Berenfor.