Scroll to Top
HOT
Categorized as
30
Tagged as
filmcareerfilmmakingfilmmemeflimstudentlifemoviememesmovietwit
Related 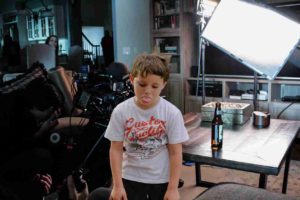 Hollywood, CA – Are you afraid that your son might one day dream about a film career? The idea of your kid being best-boy or electrician, spending his life in your apartment until his early forties, keeps you awake at night? Do you believe that 300,000 bucks are better spent on a Maserati, rather that a film degree?

The “Sincere Film Museum” is your solution. Soon to open in Hollywood, this museum “aims at representing film-making life as it really is, in order to discourage your siblings from any visual-art related dreams”, says founder Pedro Smith, who has been an intern in the film business for around 25 years.

The grand opening is set for 24. February 2019, during Oscar Night, in order to “reach maximal effectiveness during such a career disturbing event like the distribution of little statues”, believes Mr. Smith.

The “Sincere Film Museum” is Mr Smith’s answer to the traditional film museums where filmmaking is presented as an entertaining job full of rewards and satisfactions.

The main attractions are already known and will include:

“And needless to mention” remembers Mr. Smith “the museum restaurant will offer only catering selected from the worst productions in the world, including over-cooked, tasteless ravioli and inextricable blocks of mac&cheese”.

The museum guarantees that kids will be scared forever and will never ever even mention anything related to working in films.

But is there any positive message?

“Yes” claims Mr. Smith. “In 2020 we will open a related museum dedicated to more serious careers like law practicing, banking, business consulting or drug dealing”. Kids will be picked up by a limo-hummer at the exit of the film museum and be carried directly to the new one. “Just to make sure they see an alternative”, concludes Mr. Smith.