Scroll to Top
HOT
Categorized as
13
Tagged as
capitalismcianeoliberalismnsapresidenttrumptrumpusmarkets
Related 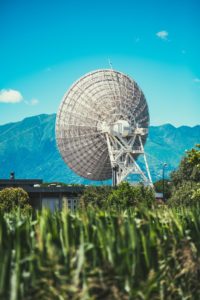 McLean, Virginia – Oceans full of plastic, job uncertainty and income polarization, rising temperatures, deforestation and the epidemic of trap music: if you thought this couldn’t be real, there is good news for you. It is not real.

“We actually live in the result of a Soviet experiment gone rogue, launched in the last days of the USSR” declared CIA head Gina Haspel at a press conference this morning. “The project was meant to show the West what capitalism could become if neoliberal forces were set free to control our society”.

The experiment consists in a sub-molecular ray that interacts with human brain dopamine receptors, modifying the perception of reality. “Otherwise it would just be impossible to understand why the world gets wealthier and wealthier, but the life of people and of the ecosystem gets worse” commented Mrs. Haspel.

Therefore, we live in an imaginary 2018 as a gone-wrong future, like a dystopian flash-forward in a film.

“As the Soviet Empire got dismantled” continues Mrs. Haspel “the scientists that had launched the experiment were left with no food and shelter in a Siberian outpost, and they took the first train to Moscow”. Seemingly, they forgot to shut down the system.

The decision to launch the project was taken by the last KGB head, Vadim Bakatin, who wanted to play Moscow’s last card to save the last large-scale communist system.

The revelations are part of a larger set of discoveries resulting from the opening of new archives in Moscow. The experiment had been green-lighted by USSR leader Nikita Khrushchev on the eve of the Sino-Russian split, in order to convince China that market modernization was not the way to go. The experiment got eventually forgotten, but still received funding and was considered an “internal project” by the KGB.

Shutting down the experiment would result in going back to the final weeks of 1991, when the flash-forward started. The UN Security Committee will debate next week whether this is the right decision to take. A Pew Research survey claims that the majority of the world population would be happy to repeat the 1990s, but for 85% of the interviewees “we must do something to avoid suffering the Nirvana and Berlusconi again”