Scroll to Top
HOT
Categorized as
32
Tagged as
orbssupernatural
Related 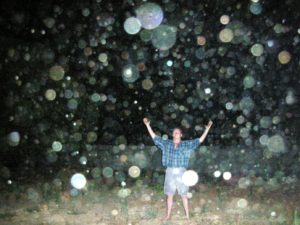 Yekaterinburg, Russia – For once the believers in occultism have been proven right: the “Orbs”, those strange spots that appear every now and then in photos, seem to be magically attracted by dirty camera lenses. “It’s a first in the history of science” claimed Prof. Ivan Ilic, an aging academic that started his research at the Science Faculty of the University of Yekaterinburg in 1974.

The professor wanted to give up multiple times, but his assistant convinced him to keep on researching. “And in the end” adds Prof. Ilic “we reached irrefutable proof that there Orbs are not just a random phenomenon, but they appear whenever a camera lens is dirty and there is some source of light from a side. It’s just increadible how the little fellas like dust on lenses. As soon as you clean the lens, anyhow, they disappear. It’s a true bond”.

The research will be published next year on the journal “Natural Science and Beyond” with the title: “What do you know? Orbs exist and they are attracted by dirty lenses and dust”. It’s just a mystery how the research team could keep on researching for so many years about the same subject – 44 years to be precise. Faculty Dean Leonid Pugachev explains that “probably Prof. Ilic and his team have been forgotten with the collapse of the USSR”.

Prof. Ilic explains that Orbs can be attracted also by other conditions such as snow, light rain, or dust in the air. “These tiny creatures are incredible and we’ve just started to discover them”, claims the academic.

The Central Moscow Office for Academy and Science estimated that the Orbs research reached a cost tag of 104 million dollars and counting.