Scroll to Top
HOT
Categorized as
23
Tagged as
DeleteFacebookmarkzuckerbergzuckerbergZuckerbergtestimony
Related 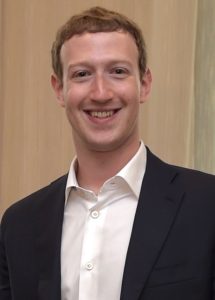 Washington, D.C. – An oblivious Mark Zuckerberg candidly admitted he didn’t show up at the Senate hearing planned yesterday because “I missed the invitation on Facebook”.

Pressured by journalists on the need to reform the social platform, the CEO of the social network expressed his full agreement: “This thing with missing events shall end ASAP: it just can’t be that you invite a friend and he doesn’t even read it”.

As for missing the hearing, Mr. Zuckerberg believes that “the event has still been a success: normally you can expect no more than 30% of confirmed participants to show up, but as far as I understand all those who replied with ‘going’ were present”.

Mr. Zuckerberg was referring to all the Senators that actually did post a positive reply to the event. Strangely enough, also Mr. Zuckerberg actually left a reply of “maybe”, but faced with the fact he reacted with an expressionless face as usual.