Scroll to Top
HOT
Categorized as
22
Tagged as
elonmuskModel3teslateslafansteslamotors
Related 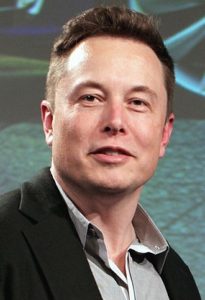 Palo Alto, California – Few analysts actually understood the words of Tesla’s CEO Elon Musk as he claimed he would “personally take over” the production of Tesla Model 3 in April. He didn’t mean just to manage the production process: he fired all the personnel and he is all alone working in the factory, from screwing screws to pumping tires once a car is finished.

“The incredible thing is that Super-Musk alone actually managed to increase the problematic production of the Model 3 to more than 2,000 cars per week” claims Zap Richardson Junior, Senior Analyst at Bear Stearns “so basically Musk alone does much better than hundreds of workers”.

It seems that Musk also got rid of all the robotized equipment meant to automate the production of the car. “He wears a strange costume and he pretends to be one of those robo-arms that build cars” adds Mr. Richardson.

Leaked footage from inside the factory show Musk sprinting like an old-time silent movie character all around the building, occasionally uttering out some wild scream.

Customers are happy to see the long-awaited Model 3 being delivered, although some have been complaining about a distinct stench of sweat from the interiors.