Scroll to Top
HOT
Categorized as
14
Tagged as
millennials
Related 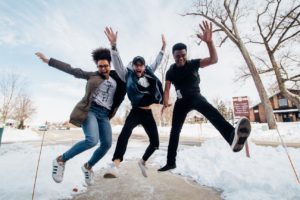 Pensacola, Florida – “As if it were not enough: they don’t buy cars, they share apartments that will never buy, they don’t have sex, they listen to shitty music, they don’t drink whiskey and now they prefer eating with their bare hands”. Marcelo Rincon, head of home goods marketing at Walmart, is in panic: the new no-cutlery twist in the taste of millennials will probably send his division bankrupt within few years.

An internal research by Walmart found out that people below the age of 30 are quickly giving up on all those things that made the Western civilization different than all the others. It is not only the cutlery that worries marketers: these people are also getting rid of underwear. “Since they have so few sex” claims Mr. Rincon “they don’t really care if their buttocks get some serious irritation, even if this may lead to infertility. This is because they’ll never be able to feed a family anyhow”.

Netflix already started producing a new series with Millennials where the protagonists still wear those strange hats, but they eat with their hands. “It’s rather gross” admits Netflix producer and industry veteran Samantha Reding “but this is the future”. To write the series, titled “Panthless”, the author lived six months in a house with millennials. His name is John Macintosh, he is 43 years old, and upon exiting the house he claimed that “it was the stupidest experience of his life, therefore the series will be great and it will sell a lot”.