Scroll to Top
HOT
Categorized as
21
Tagged as
benedictxvibergogliocatholicchurchchurchpopefrancisratzingervatican
Related 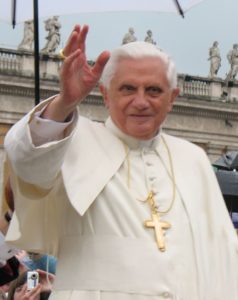 “Somehow it’s understandable” reported Mr. Father “due to the lack of entertainment alternatives in the Holy See. We once thought about installing a Roller Coaster around the Dome of St. Peter, but the investors backed off last minute”.

More plans have also been abandoned, such as a Holy Water Slide Park, an “Inferno” tunnel of horrors, and “an entire program of tours to the ‘Vatican Dungeons’ with torture chambers and actual inmates still being tormented through medieval devices”, as described by a dusty leaflet in possession of  The Serpopard.

Also nuns getting hooked on lotto

All attempts to convince Mr. Ratzinger to give up on his unhealthy habit have been met with failure. A set of nuns has been sent over for a rescue attempt, “but sadly they also got hooked on the gaming habit”, claims Mr. Father.

Mr. Ratzinger has always been an avid player. During his tenure as Head of the Catholic Church he briefly converted the Sistin Chapel into a casino. The initiative had to be interrupted because the late night show with impersonators of Elvis and Michael Jackson kept neighboring Romans awake and the Italian state threatened with invading the Vatican.

The Vatican Lotto is rigged

“But we are taking countermeasures” claims Mr. Father “like rigging the program that calls the lotto numbers, so Mr. Ratzinger will not use up all his money and some will be left for his grocery shopping”.

The Vatican Lotto Hall opened in 1974 and initially sported an “ancient Bethlehem” style with  Roman soldiers and other characters of the sort. After a successful lawsuit by Las Vegas’s Caesar’s Palace, in 1992 the hall was rebranded following a more appropriate “Angel and Demons” style.