Scroll to Top
HOT
Categorized as
11
Tagged as
berlinberlinmemebycicle
Related 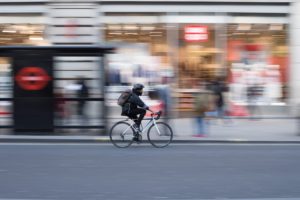 Berlin, Germany – Long gone are the times of newfound brotherhood when the Wall fell in 1989: today Berlin is ridden by the plague of rabies-infected cyclists. “The epidemic is out of control” admitted yesterday the city mayor Michael Müller at a press conference. “All people riding a bike seem to be affected by rabies”.

The list of violent episodes can’t meet an end. There have been reports of bike travelers biting passersby at random when they crossed a bike lane, and of others jumping into cars going for the neck of drivers with their sharp teeth.

“It’s sad, but it’s true” claims the Head of Berlin Police Shaun “Daddy Boy” Berfenheimer, “as some bikers even organize in groups with the mere goal of blocking traffic and biting the asses of pedestrians”.

The most extreme case is that of one Frau Mandy Molker, a pacific retired woman from the Marzahn neighborhood, that transforms into an evil, rabid creature when riding a bike. “We had to aim and shot at her tyres last week because she had already bitten a dog and a child”, claims Daddy Boy.

The epidemic seems to have gotten worse because the wild bikers are not riding also in Winter thanks to the milder temperatures. They are feeding on food scraps left from fancy restaurants in Mitte and are replicating like there is no condom.

The advice of the authorities is to stay home if possible and, if forced to exit the apartment, to pay attention to bikers with red eyes and drool on the sides of the mouth.