Scroll to Top
HOT
Categorized as
21
Tagged as
netflixseriestroy
Related 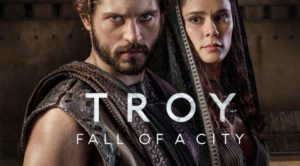 Troy, Greece – A group of 1,594,375 Greeks that claim to be Homer’s descendants filed a mass lawsuit against Netflix for copyright infringement: it seems that the TV-Series “Troy” has been inspired by a story written by their famous ancestor before the birth of Jesus.

The Greek poet Homer is the author of a poem, the “Iliad”, and his heirs claim that the text has been ransacked to create the plot of “Troy”.

“We have to defend our rights” believes Prof. Kostas Megalos, a high-school teacher in gymnastics “because otherwise the Yankees would feel safe enough to move on and steal also the Odyssey, another work by our grand(x 75)-dad”.

The lawsuit asks for a compensation of 2 million USD per person, plus a free lifelong subscription to Netflix, and also the complete re-shooting of Troy to make it at least decent.

Homer lived somewhere in Greece sometime ago and some scholars claim he actually never existed.