Scroll to Top
HOT
Categorized as
18
Tagged as
followersinstagramkaratekaratekidmartialartsmillennialsnetflixpatmoritaralphmacchiotheserpopardtinder
Related

“Sincere” film museum will scare off your kids from film career 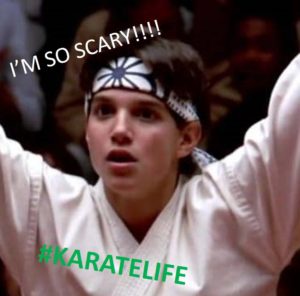 Hollywood, California – It was a hit in the 1980s: the story of a shy kid wanting to learn karate to overcome his limits. He is helped by an American actor pretending to have a strong Japanese accent, that teaches him the secrets of the martial art through boring, extenuating exercises such as waxing a car, painting a fence and sanding a floor.

“Karate Kid” was a cult movie for a young generation of fans, that then entered karate dojos and tried to learn karate for even for four lessons.

But those were the 1980s, when you still had to work at least a little bit in order to achieve some success. The remake of the film, to be released in 2019, sees a radical update. In times when a funny expression in front of a camera gains millions of followers and dollars, all that the young guy does in the film is posting selfies instead of learning the basics of karate.

For example, the young Daniel spends exactly 21 seconds waxing a car, before posting the first image of himself with comments such as “Learning Karate!” and “#nopainnogain”.

“This is just a means to reaching new generations” believes director Aurelius Sanderson, 19. “We millennials would just not understand why you should sacrifice and apply discipline in order to achieve something”.

Twenty minutes into the film, Daniel has already gained 53 million followers and is sponsored by Nike. His Youtube revenues allow him a millionaire income that Master Miyagi could only dream of. 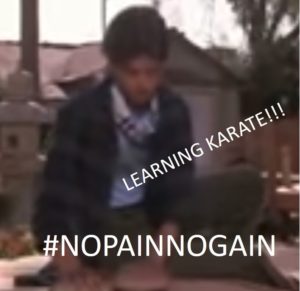 Master Miyagi himself is actually not particularly interested in the performance of Daniel, because the old man spends all of his time on Tinder where he posted an old photo of his and pretends to be 32.

In the final fight, Daniel meets his opponent, but no match takes place because the fighters become friends and post an Instagram story together. “Just to remain faithful to the original, we included the part of the crane kick, but it will be just an Instagram story” claims Mr. Sanderson.

“Karate Kid: The Insta Fighter” will have a production budget of 84 million dollars and will be produced by Netflix.