Scroll to Top
HOT
Categorized as
20
Tagged as
artinnewyorkguggenheimmomanewyorknewyorkartnewyorkartistnewyorkcitystreetartny
Related 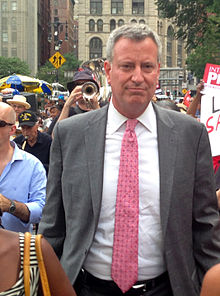 New York City, New York – New York Major Bill de Blasio is sure that the possible result is worth the effort: “We want to reintroduce this mammal species that has been completely wiped out by finance”. The plan is to move five couples of artists in basements around the central neighborhood of Manhattan.

“The town researchers claim that the reproductive patterns of these mammals is rather uncommon” continued de Blasio at a press conference at the City Hall this morning “as they may engage in group sex and other irrational mating rituals, that make reproduction unpredictable and rare”.

The experiment will be led by the Natural Sciences faculty of Columbia University together with the Bronx Zoo. In the testing phase of the project, the artists will be located in an open-air cage in the zoo, so that they will be fed and protected as they learn their ways in the new environment.

The subjects that will be part of the first batch will be sourced from Europe, Asia and Africa. There will be artist Magdalena Baumont, 23, is an American citizen residing in Berlin and specialized in stuffing dead rabbits and creating lovely poses. She will be met by Vlad Romanescu, a performer from Romania, known around Bucarest for his streaking acts in the theaters of the capital.

The last real artist left Manhattan in 1991. It was a sculptor from the Netherlands, evicted by a landlord to make room for two NYU business students. His name was Walter De Jong and he tried to become a professional killer, before attending a business school and becoming a banker himself.

“We hope that the artists will find the ideal conditions to reproduce and bring joy and entertainment to the local population of bankers” concluded Mr. de Blasio.