Scroll to Top
HOT
Categorized as
17
Tagged as
EDGEreptilesendangeredEndangeredSpeciesIUCNRedListMaryRiverTurtlepunkturtlewwf
Related 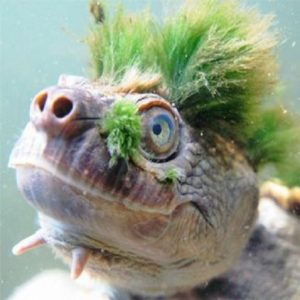 Perth, Australia – As reported by The Guardian, the “Green-Haired Turtle That Breathes Through Its Anus” is disappearing and the World Wildlife Fund is “very happy” about it, “since there is a limit to everything”.

These are the comments of Joshua Panda, Head of Conservation Programs at WWF. In his words, “we have enough stress protecting worthy creatures such as the Polar Bear, the Royal Penguin and the Bee. We are truly happy that such a gross animal will soon disappear from the face of the Earth”.

“In the end”, adds Mr. Panda “this is the typical animal studied by poor interns during their first assignments. I personally had to spend my first two years as a biologist recording tiny farts by the Green-Haired Turtle That Breathes Through Its Anus, that were actually its breathes. I’m still not done recovering from the experience”.

The WWF recently published a list of the animals it would like to see disappearing soon.  The criteria to make it to the list are quite simple: it includes all those animals that could be mismatched for characters from the Muppet Show.

Some animals worth mentioning are the “One Legged Ostrich That Farts Into The Lodges Of Tourists And Then Runs Away Laughing”; the “Disgustingly Stinking Big Bird That Hits You On The Head When You Are About To Kiss Your Date”, originating from Central America; and the “Star Fish That Looks Innocuous But Suddenly Twists Like A Shuriken And Cuts Your Genitals”.

Our mention of honor goes to the “Slimy Sea Worm That Explodes And Makes All The Room White And Sticky”, a real fetish for disturbed sea biologists, hunted of course by some Asian cultures because of course it is thought to increase masculinity.

The Green-Haired Turtle That Breathes Through Its Anus is at position number 7 between the Platipus (number 6) and the Pog (number 8). The top hated animal is, of course, the Mosquito, “that useless f*ck” as described by a caption on the publication.