Scroll to Top
HOT
Categorized as
19
Tagged as
chemtrailchemtrailsgeoengineeringopchemtrails
Related 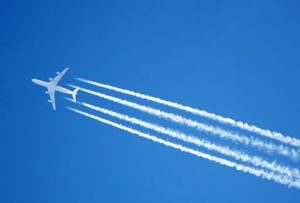 Pensacola, Florida – “Time to end this nonsense: Chem trails are true” admits Col. Gertrude Stiffson of the US Air Force “and they bring a lot of benefits to people”.

The incredible revelation came after years of speculation about the real nature of those white tracks that appear up in the sky upon the transit of an airplane. “Many people believe it’s just a normal product of air condensation and some by-products of jet propulsion” adds Col. Stiffson “but I can confirm as a fact that there is much more to it”.

But that’s not all to it. Depending on the area, the mix can be completed with other substances that improve life quality. Upon traveling above aging countries such as Japan or Florida, Viagra is added to the cocktail; or MDMA during Spring break above Cancun.

“This thing was started by JFK back in the 1960s under the pressure of all those shanti shanti electors in the US” declares Col. Stiffson.

The “Chem Trail Program” employs a fleet of 37.000 airplanes worldwide and will be soon expanded also with a plan to produce trails in different colors.