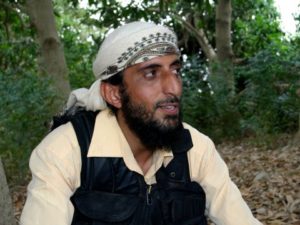 al-Qaim, Iraq –  Time for a change in the Kingdom of Isis: after years trying to charme out ideological opposers with gore videos of hostage killings, Isis will try its hand at comedy. “It’s a pivotal change in our marketing strategy” claims Mohammad al-Aferim, Minister for Islamic Commercials of the Islamic State “as we realized that splatter is more of a 1990s thing: Tarantino is history now. People want to laugh”.

The Isis leadership is organizing screenings of US comedy masterpieces in its secret hiding in the Iraqi desert: through Amazon, the radical state ordered the complete collection of films by Buster Keaton, Charlie Chaplin and Sasha Baron Cohen, “whom we don’t really get in terms of humor”, admits Mr. al-Aferim. Possibly, the Isis plans to organize seminars with stand-up comedians from major US cities.

The change doesn’t come as a surprise: snuff videos have not met goals. In the words of the head recruiter of Isis, Asaf Qusain: “They worked just fine at convincing lonesome weirdos from the West to join our ranks, but that was just about it. Not only are they hard to train: they also make terrible company and their musical taste is rather questionable.”

Qusain is the mind behind the new Isis charme offensive, as the new goal is to broaden the pool of candidates wanting to become radical islamic fighters. “We want to have more people with higher education and, why not, we want to encourage families to move to the sands between Iraq and Syria”, claims Qusain. “It’s also a matter of diversity, something that seems to sell a lot in the West. We realized we don’t have enough women with us”, adds al-Aferim.

The new comedy video releases are planned for the Summer of 2018. The scriptwriters of the Islamic State are already submitting their new copy ideas to the leaders of the state, and some authors have already been beheaded for not being funny enough.

The Isis aims to increase it’s recruiting success by 300% in two years through comedy and is in talks with the NFL to buy a 30-seconds slot for a commercial at the next Super Bowl.