Scroll to Top
HOT
Categorized as
14
Tagged as
oshooshostudioshantiveganyoga
Related 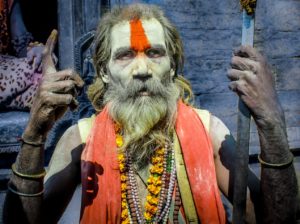 Auroville, India – Shanti Saghrawhali is a 43 years old guru from Kerala that never worked a single day his entire life, never even entered an office, and is a staunch bachelor – and he is great at explaining you how you should work and have a happy family. The secret? “Have no real work and no family”, claims the guru in his publications.

“He’s just great at producing superficial platitudes with a deep, eloquent tone of voice” explains Antonina Poletti, a former respectable manager from San Francisco that gave up a useful existence as a healthcare manager to enter a pink robe and spend the days singing simple songs under the Indian sun. “Take for example the sentence Shanti always repeats” says Mrs. Poletti “that you shall respect all human beings including your colleagues and your family. It’s so enlightening. I used to disrespect and hate everybody all the time”.

Prof. Albert Brancaster from the University of Lucca has been following the phenomenon for years and claims that “it’s just a game were the first one that calls himself a guru f*cks all the others, that have no choice but to keep their boring job and follow the guru”.

It’s just possibly random chance that people like Augustine of Hippo, some guy that died in 430, said the same things that Indian gurus say today like “love everybody” and so on, but who cares. Mr. Shanti Saghrawhali packages the stuff into a much more accessible marketing strategy.

A strategy of turning everybody into a guru seems to be so far the only viable way Mr. Saghrawhali has developed to transform society. In the goal of his church, the “Egomaniac Church of Mr. Saghrawhali”, everybody should leave their job overnight and start chanting “Shanti Shanti” wearing pink robes.

“I mean, at least this would be great” said Mr. Saghrawhali to The Serpopard “although I still have to think about who would stay put and perform useful professions such as doctor and/or other stuff that requires serious commitment for years. But who cares as long as people buy my books”, claims the guru with a grin.