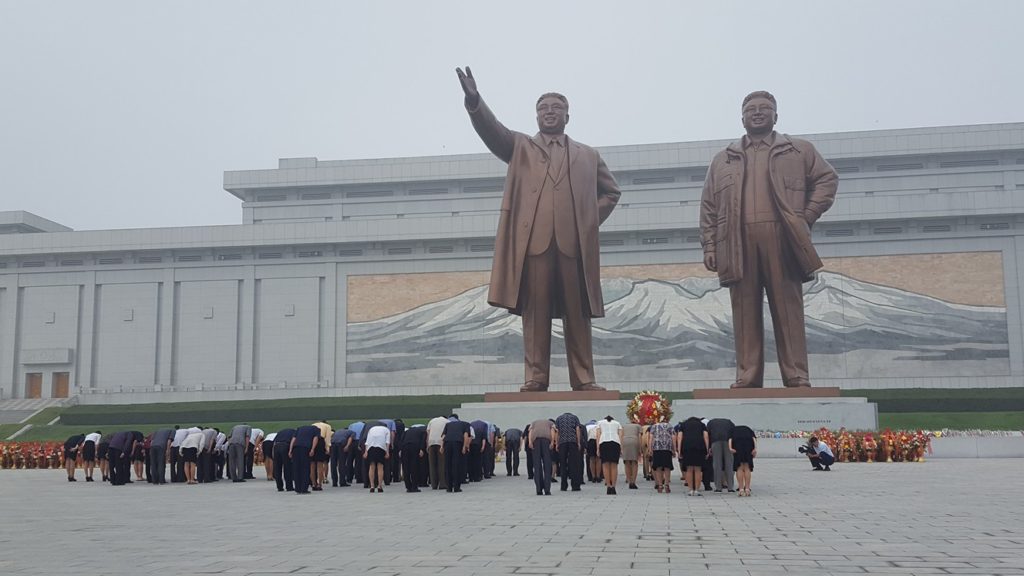 Pyongyang, Democratic People’s Republic of Korea – In 2018 the business of foreign documentaries is set to become North Korea’s second largest industry after nuclear weapons. The entirely foreseeable announcement has been given by the country’s leader Kim Jong-Un in a press conference at the newly built “Conference Center for Foreign Documentarists” in Pyongyang, the country capital.

“Every year we received more and more filmmakers that pretended to be naive tourists wanting to explore the beauties of our country, from concrete buildings to starving paesants” claimed Kim fancying some Fellini-like scarf around his neck. “For years we pretended we didn’t know, as if the 28 documentaries released every year by Netflix about us were unnoticed. So we decided to make it official”, observed Kim.

To date, 45 of the documentaries have the same title: “North Korea behind the Iron Curtain”. Kim Jong-Un’s plan follows the tradition set by his father Kim Jong-Il that went so far not only to write a book about cinema, but to kidnap directors and actors from abroad. “This is not necessary anymore” says Sub Uai Park, the newly appointed Minister for Foreign Documentaries, “as filmmakers just keep on coming to us spontaneously”.

Park is heading a throughout reform of the sector: “We are developing a new program together with China to socialize the production of documentaries about North Korea”, says Park. “Documentarists will  send their request on a web platform and will receive stock videos of appalling grey facades, sad soldiers marching, women in 1950s tailleurs and those disturbing kids playing guitar: all that’s North Korea juste one click away”.

In 2019 Pyongyang will host the first ever “Parade of Foreign Documentarists”, a march of the 1,300 documentarists allowed into the “secluded” country every year. The sneaky filmmakers will walk the streets of the city under its famous blue skies and then bow in front of the Kims’ “Mansudae Grand Monument” statues.

In the new five-year plan of the government, foreign documentaries will become the first national industry by 2023 and boost the national economy to the point of overtaking the US in the same year. Official statistics actually claim that North Korea is already wealthier than the US since 1971.