Scroll to Top
HOT
Categorized as
16
Tagged as
boxcrossfitcrossfitcommunitycrossfitgirlscrossfitterdeadliftnoexcusesteammuscletech
Related 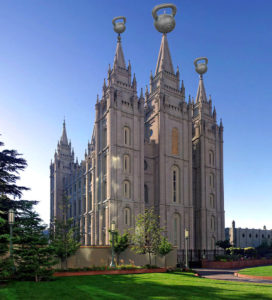 Salt Lake City, UT – The Curch of Crossfit inaugurated its largest temple to date in Salt Lake City. The complex can host hourly classes for 7,200 adepts at the same time in a massive box the size of four football pitches.

The Pope of Crossfit, Berengario Kettle Bell III, claimed in a press conference that “the opening of the new temple in Salt Lake City represents a new era for Crossfit believers, that now have an entire city where the trivialities of non-crossfit life will not distract us”.

In other words, people will enjoy the chance to spend their entire existence focusing only on reps. To some, this concept does not look that much different from how the typical crossfit athlete conceives his life, but Berangario is quite convinced of his idea: “In the non-Crossfit world you still have those things like family, non-Crossfit friends, and restaurants that serve non-Crossfit meals. Or you can move here and enjoy our Crossfit Utopia”.

The massive tempe has been built for free by Crossfit athletes persuaded that lifting ton-heavy blocks would be a great WOD; as for material sourcing, the same athletes paid for the whole stuff through the notoriously sky-high fees of a Crossfit subscription. “Not that high actually” declares Berengario Kettle Bell III “since in the price you get also a master that follows your training. Here in Utah state laws allow also to whip people that are lagging behind at EMOM and its freakingly effective.”

Yet, not everybody is happy about the new temple. In order to raise it, an extensive area had to be cleared, to the expense of many displaced Mormon families. Berengario doesn’t seem bothered: “No big dream comes true without some sacrifice, and it’s even better if it’s other people sacrificing”.

The Mormon Church will be staging a protest on April 2nd against the aggressive Crossfit landgrabbing. In the words of local Mormon John Pappaduce, “These people are just too trained for us, we don’t stand a chance against them”. Most strikingly, “some mormons started leaving our ranks to join the Church of Crossfit”, claims Mr. Pappaduce.

The authorities advice against going out on the day of the demonstration for risk of disorders.