Scroll to Top
HOT
Categorized as
21
Tagged as
donaldtrumppresidenttrumprealdonaldtrumpstormydanielstrump
Related 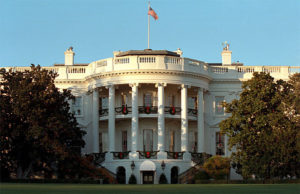 Washington, D.C. – Continuing a long tradition respected by presidents such as JFK and Bill Clinton, also president Trump is providing precious material to newspaper all around the nations concerning his extra-marital adventure – so the White House just accepted it and opened a “Department of Presidential Affairs”.

National Security Advisor Elmo declares that “it’s just a way to ensure that all the women claiming to have had an affair with the President receive adequate attention”. Elmo penned the blueprint for the Department: there is a hot-line with 24 call operators ready to take the claim, that then is screened by a team of six lawyers and directly transferred to the an Compensation Office.

Other countries already have a similar Department, such as the UAE – a Mideast country where polygamy is the norm.

“The new procedure allows to cut the reimbursement time from two years to five minutes, and can be also completed on the internet” adds Elmo.

In the first day of operation, last Tuesday, the office received 23.591 calls from all over the world except s*ithole countries, for a total payout of 120,430 dollars, or five dollars per claim. “Five bucks is still better than nothing and saves from all the trial thing” concludes Elmo.