Scroll to Top
HOT
Categorized as
16
Tagged as
amazonprimegirlslenadunhammillennialsnetflix
Related 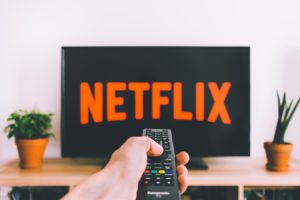 Denver, Colorado – A new study by the University of Denver, Colorado, revealed that the vast majority of millennials are currently writing a series for Netflix. “It’s not surprising at all” believes Prof. Andreas Sturgeon, one of the co-authors of the study. “Every single time you chat with a millennial, he ends up telling you that he’s currently writing a new series for Netflix”.

Most interestingly, each one of the millennials can rely on “some sort of contact” with a Netflix commissioning producer.

The extraordinary thing about the research is how few the topics of the series are. “It’s mostly always the same thing, like stories of some losers in a major city trying to overcome the difficulties of being a loser in a major city, and in the end there is some small success and they are all happy as a bunch of losers in a big city”, explains Prof. Sturgeon.

Only the series written in Germany are different: in that case, the protagonist usually dies or kills himself for some futile reason.

Netflix plans to produce 175.342 series in 2019 in order to make room to more millennials writing series.