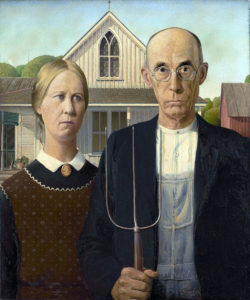 Laramie, Wyoming – It may come as a consolation to sh*thole countries: a study from the University of Wyoming, Laramie,  confirms that successful countries suffer from a mass form of Ossessive-Compulsive Disorder. This is the result of a research led by Prof. Magritta Karamellis from the Department of Massive Psychological Illnesses.

“It’s a history changer” claims Prof. Karamellis “since we always thought everybody should equal the precision of the Germans or the Japanese. As it turns out, these people may be good at making things, but they are suffering”. In the study, the Wyoming research team described how such precision “acts as a life cage and is probably due to very strict educational models”.

On the other hand, adds the academic, “people living in sh*thole countries are terribly happy. They drink less than the Americans; they eat more healty and have a better sex than the Germans; and they don’t feel the need to read Manga and compulsively eat raw stuff like the Japanese”.

Especially the Japanese have been pinpointed as a severe case of collective OCD: “When they decide do cook something” claims Prof. Karamellis “the process can involve up to 15 people for a single fish, working night and day for some months. Some species of fish can be cooked only by chefs with a past career in open-earth surgery and a 25 years kitchen experience”.

“The problem is that healing these people would lead to a rapid collapse of the global economy” says Prof. Karamellis “since no one even thinks about taking their places at doing things like spending their life measuring things to make machines work better”. The final suggestion of the paper, therefore, is “not to tell these people they are ill and just keep them working for the rest of us”.

The study is due for publication next fall on the journal “Psychological Review” in a special edition that will not be distributed in Germany, Japan, some parts of China and the MIT in Boston.