Scroll to Top
HOT
Categorized as
15
Tagged as
Akinfeevesprusfifawc2018fifaworldcup2018putinRUSESPwm2018worldcup
Related 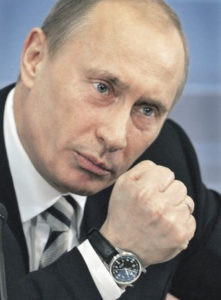 Moscow, Russia – This morning Spain’s king Felipe VI received a formal declaration of war from the Russian Military bureau following Spain’s defeat at the football World Cup yesterday. This act of war follows other two sent by the Kremlin to Saudi Arabia and Egypt after Russia’s victories in the pool stage.

“Now it’s clear why Putin wanted to host the World Cup so badly” claims a source from the US Intelligence “as his secret plan has always been that of annexing all the countries beaten by Russia”.

The source adds that possibly Russia’s President Vladimir Putin has “lost touch with reality” and cannot “tell the difference between a military and an athletic victory anymore”.

That’s why the US and Italy decided to not qualify

On this extent, smart national teams such as the US and Italy decided not to qualify for the tournament altogether, since the seriously risked to take a beating from the Russians and consequently lose their national independence. That would have been a first for the US and somewhat also for Italy.

Other selections such as Germany, fearing that losing to Russia would mean being under Russian occupation once again, free willingly decided to be eliminated in the pool stage.

Through the annexation of Saudi Arabia and Egypt, Russia finally reached the goal to have a stable foot in the Middle East, something that the country has been pursuing since the Iranian Crisis of 1945.

A formal reply by King Felipe VI is awaited this week. The terms of the capitulation as requested by Russia include the immediate surrender of the whole Spanish industry to Moscow and preventing Pedro Almodovar from making more films about homosexuals.

The Croatian team will face Russia this Saturday and is engaging in extra-trainings to prepare the match.