Scroll to Top
HOT
Categorized as
18
Tagged as
barcelonacatalunyafreepuigdemontpablocasadopuigdemontspain
Related 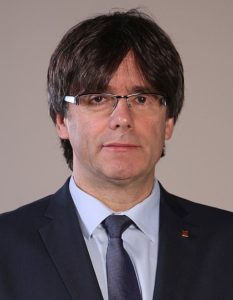 Berlin, Germany – No, it was not for his attempt to lead Catalunya to secede from Spain that he was arrested: political leader Carles Puigdemont was blocked because he tried to assault and kill his hair stylist in Barcelona.

“Look at what he did to me” declared Mr. Puigdemont to the German police “Would you have done anything differently?”. A State Attorney present at the declaration admitted that yes, he would have done the same.

The attack took place Monday as Mr. Puigdemont went for his monthly haircut to “Ernesto” in the Avinguda Diagonal, a place where he had been going for years. A witness reports that “Puigdemont seemed alright, reading his newspaper as Ernesto was taking care of his hair. Then [Puigdemont] raised his head and started shouting things like ‘You are a criminal’, ‘What have you done to me’, ‘You must be a Spaniard'”.

Ernesto was almost killed when Mr. Puigdemont took a pair of scissors and tried to get Ernesto the same haircut as him. Eventually, Mr. Puigdemont jumped on a car and tried to find safety abroad, but was apprehended by German authorities. “It’s hard to disappear in the crowd with such a haircut” declared a German agent “that’s why we got him in no time”.

Upon entering jail in Berlin, Puigdemont applied for political asylum since “this hairdo is clearly a sign of political persecution I am subject to”.