Scroll to Top
HOT
Categorized as
13
Tagged as
FirstAmendmentRightsPCpoliticallycorrect
Related 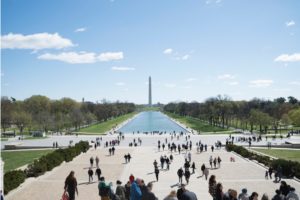 Washington, D.C – “It was just to much of a burden to engage in case by case discussions about jokes being even slightly offensive to someone, so we decided to ban humor altogether” declared Sen. Bill Battoni from Maryland. He is one of the promoters of a bill passed today in Washington to prevent people from being funny “as a one fits all solution, but an effective one”, adds the Senator.

“We had two choices” claims Sen. Margarettha Blambus from Tennessee, also behind the new law “accept a joke and then make jokes about someone else, or accept that we are offended by jokes and forbid them. Basically we accepted that we are over sensitive”.

The rationale behind the bill is that human interaction had to transition from a “humor-militarized, Cold War style situation, where everybody had the Atomic weapon of being funny; to complete demilitarization – and the second one is better” added Sen. Battoni.

As discussions around the bill were held, a large group of people gathered in Washington to demonstrate in its favor. One sign held by a demonstrator read “Power to the Prickly”; another one claimed “I’m offended even if someone tells me I’m a little silly”.

Offenders risk sentences from 2 to 25 years depending on the degree of the joke, that will be evaluated by commissions of laughers: the funnier the joke, the longer the sentence.