Scroll to Top
HOT
Categorized as
20
Tagged as
barackobamaBringObamaBackobamapresidentobamathanksobamatrump
Related 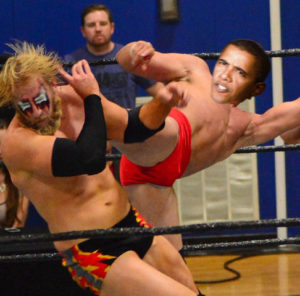 Washington, D.C. – Netflix didn’t greenlight the project of a TV show hosted by Barack Obama and the former President decided to sign for WWE. His stage name is going to be “Super Bario”, a villain of Italian descent, with the final move “Superpizza”, where he will splash on opponents as a big, twisting flying pizza.

As one of the youngest presidents in history, Barack Obama was thought to have a bright TV future in front of him. The path of conferencing and donations had already been beaten by illustrious predecessors such as Bill Clinton and Jimmy Carter, “so I wanted to try something different and reached out to Netflix to work out a deal” claims Mr. Obama. “We wanted to creare a show about politics. Yes, nothing original, maybe that’s why it didnt’ work” he added.

Barack Obama worked on a pitch with a NYU film school freshman, Anatoli Byron, son of a wealthy Greek shipowner, for a format to submit to the powerful streaming network. “The problem is” claims Mr. Obama “that Netflix is receiving just so many pitches every day, that ours shall have slipped between the cracks”.

“It’s a shame” adds his associate Mr. Byron “because Barack has this incredible Barry White-ish voice that would have made him the perfect host. Think about the chances of him giving short performances with the guests!”

Nevertheless, Mr. Obama is all but disappointed of entering the stable of WWE. “In the end” said Obama in a press conference together with John Cena, Steve Austin and The Undertaker, who is going to play Super Bario’s manager “it’s all entertainment. Now I have just a few week time to beef up” concluded Super Bario – as he wants to be called now also off-stage.

The authors of WWE are working on an interesting story where Super Bario will defend Alexa Bliss from Triple H, as Super Bario competes with John Cena for her grace.