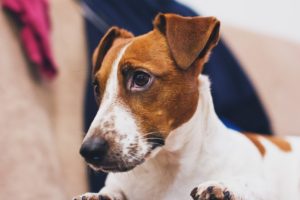 Orlando, FL – A silent killer may be hiding in your constantly barking little dog: the frantic behavior of Jack Russells may be responsible for a significant increase in heart attacks in owners.

“These dogs are just never quiet” says Dr. Samuel Stock of the University of Colorado, Pinterton. “Owners are driven into chosing this breed by believing they just show affection and enthusiasm for life, but they are actually suffering from a canine version of ADHD. Owners can never relax.”

Dr. Stock led a 25-year study on a population of 500 Jack Russell Terrier owners and the results are due for publication on “Nature” the coming fall. “It’s an epidemic. A Jack Russell in a household means 52% more risk of suffering from a heart failure. We estimated that the risk factor of these killer dogs is similar to a 2-pack a day habit”, adds Dr. Stock.

As the truth is being unveiled, breeders slowly start to admit some responsibilities. A breeder from Wisconsin, who prefers to remain anonynous due to fear of retailation, admits: “It’s an open secret.  The risk of dying because of these dogs has been known forever. Jack Russells may be the next big thing in courts after tobacco”.

Prof. Wilton Mastiff is a historian from Cambridge who has been studying the breed for years. His discoveries in the Royal Archives are astonishing. “During WWII Nazi leaders would receive boxes with holes in front of their households, containing Jack Russell puppies that immediately entered their households. It was actually a secret British strategy: the leaders would die soon of heart failure. In one instance, a Nazi leader took a plane and escaped to England”. The project has been kept secret for decades due to its sheer brutality.

What could happen next? “The idea of suppressing the dogs is not excluded”, suggests Dr. Stock, “although we suggest also the project of a Jack Russell licence”. Wannabe owners will have to undergo a body and mental health test in order to check if they are able to withstand the constand push of unmotivated enthusiasm of Jack Russells. “For now, as a general rule, we advice owners to opt for a Jack Russell only if they are under the age of 27, with no history of smoking, and possibly a past in endurance sport or some experience with transcendental meditation” concludes Dr. Stock.

The Jack Russell breed has been already forbidden in Germany and in some counties in California. The authorities are warning citizens that rogue packs of abandoned Jack Russells are wandering around some suburbs: peacemaker holders and people with heart conditions should pay special attention. The friendliness of Jack Russells is not to be trusted under any circumstances.