Scroll to Top
HOT
Categorized as
47
Tagged as
concussionctehelmetnflsolution
Related 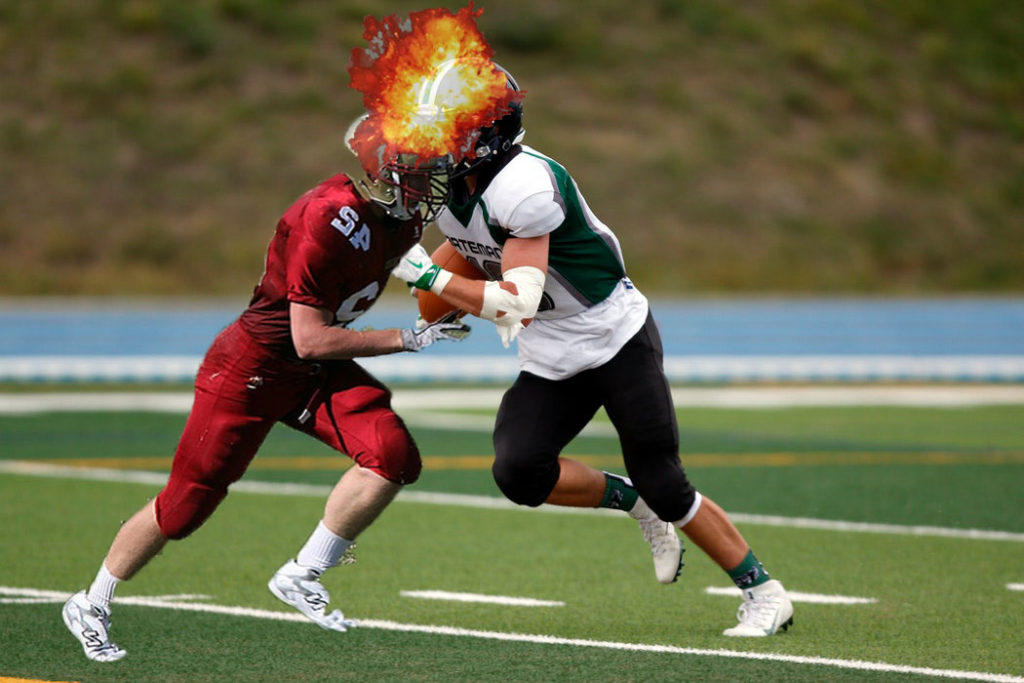 El Paso, Texas – “It’s a no-brainer: why should football players undergo a painful slow decay, losing cognitive faculties day after day, instead of having the tooth pulled for once and for all?” rethorically asked Jeff Miller, the NFL’s executive vice president of health and safety. In a game that’s fundamentally based on big head hits, “exploding helmets would not only prove a more human solution against CTE. The show would benefit too”, continued Miller.

As the plan is well into its experimental phase at a secret facility in El Paso, Texas, some of the logistics have yet to be “tackled”, claimed Miller with a satisfied grin. It seems that new squads are going to be needed to clean up the mess after each and every play. Also sourcing of available players may become an issue.

But is it really a problem? “Not at all” believes Richard Upperton, newly appointed head of extended college programs. “The Enhanced Helmets Program would increase the odds of making it to the NFL. From high-school to NCAA you have 6.5% chances, and from there to the NFL the cut is 1.5%. Just think about the new possibilites opening up for players”.

No more aging suffering players, no more costly compensations, more show and more chances to play at top level, “and all this was so easy to achieve, that we wouldn’t even think about it. It’ s mind blowing”, concluded Miller with yet another grin.