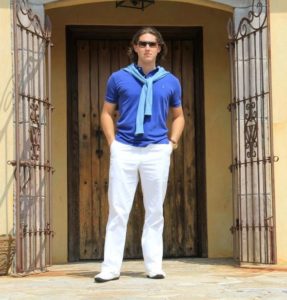 Cambridge, Massachussets – “Forget the collection of adorable bums that populated New Jersey” declared Marcelino Brignante, Head of Guerrilla Productions at FOX “we are launching a new reality about educated and wealthy Americans in Boston. Instead of fist fights like in Jersey Shore, we’ll take a glimpse into the moderate and low-profile social life of the US upper class”.

In a teaser shown to the press, some characters are seen discerning the qualities of the different overpriced coffee blends served at Starbucks; and there are hints of a family crisis as Laurette and Roger, an affluent couple in its early 30s, cannot agree upon the seating plan for a dinner – although, of course, everything will be solved before the guests arrive. The dinner talk is then dedicated to the problem of driving SUVs in shopping mall parkings.

“But the show is not just about social life: we take some swings at corporates too” adds Mr. Brignante “as in the case of David McCornick, an Harvard MBA, that cannot get a reasonable quote to repair some minor water damage at his Patek Philippe. A real shame. Not to mention the case of the Mercedes that came with the wrong interiors rivet color”.

“Cambridge Shore” is a super-preppy life portrait where people’s life goal is being low-profile, where voices are never raised and where disagreement is solved with educated talking and polite exchange of opinion. Mr. Brignante claims that the actors have been informed to avoid starting sentences with “yes, but” and that they should preferably use “we” instead of “I or you”.

“Another protagonist that our viewers will love is Anna DuPont, a socialite from Back Bay” adds Zina Gaumont, Head of Preppy Casting “and her struggles to integrate in the Cambridge society. She invests her life attending dinners and receptions and develops the incredible skill to be able to talk for hours about basically nothing. But will it suffice?”

There will be a wedding – although the authors have not disclosed yet between which protagonists – and we will follow all the intriguing preparation of the ceremony, from location scouting with the mothers, to the necessary catechism course the couple has to take, to the choice of the ink for the invitations.

“But please don’t believe that Cambridge Shore life will be all roses” claims Mr. Brignante: “Take in the case of poor Leonardo McInterey, that cannot fulfill his dream of entering Harvard medical school and is left with his second options of Johns Hopkins, NYU and Stanford. He is also afraid of telling his parents since they have already transferred the 500,000 USD necessary for his studies to his bank account”.

“Cambridge Shore” will initially run for two seasons and there are already talks about spin-offs such as “Hamptons Shore” and the European sequel “Montecarlo Shore”.