Scroll to Top
HOT
Categorized as
18
Tagged as
dairyisscarygoveganhealthyeatingveganveganfoodvegetarian
Related 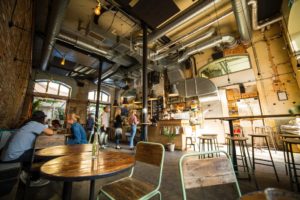 New York, NY – A milestone has been set in the history of food: the first vegan-vegetarian-glutenfree-halal-kosher-raw-organic restaurant opened in the Meat Packing district in New York. Its name is “Pure Air” and it’s menu is just a blank page with prices.

“We spent months trying to figure out a dining option that could satisfy parties of friends without vetoes of any sort” declared Samantha Shanti, founder of Pure Air “and in the end we found out that the only option possible was to offer people just air and tap water”.

The restaurant has been a success ever since its opening last Saturday, when people have been toasting all night with empty glasses and pretending to eat snacks from empty trays. “The waiting list for a table is now four months long”, declares Mrs. Shanti.

The kitchen is empty except for a bunch of bored cooks whose only aim in life is to fill up bags with air and pour water into glasses. “But they have been carefully selected, since our aim is to make it to three Michelin stars withing three years” claims Mrs. Shanti.

The signature “Tasting Air Menu”, with air from places such as Antarctica and the Chinese industrial town of Chongqing, start at 280 USD plus a selection of tap waters from all over the world, including sewage water from Calcutta “for the real Indian experience”.