Scroll to Top
HOT
Categorized as
20
Tagged as
donaldtrumpmichaelcohenmichaelcohenraidpresidenttrumprealdonaldtrump
Related 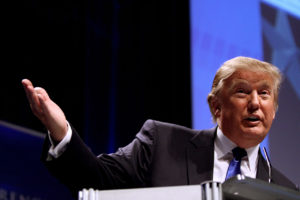 New York, NY – The preliminary results of the FBI raid into the offices of the personal lawyer of President Trump, Mr. Michael Cohen, have been made public: “We can now confirm without any shadow of doubt” declared Special Counsel Robert Mueller “that Mr. Cohen worked for Trump in the past”.

The incredible fact has been supposedly unveiled upon finding a bunch of invoices from Mr. Cohen to Mr. Trump. Service description is quite diverse: it ranges from “Kicking out that bum that doesn’t pay rent from the Trump Tower” to “Opposing that parking ticket because I paid the parking meter – Yes I did”; or even “Suing my hair-stylist”.

The Serpopard reached Mr. Cohen late during the day and the lawyer declared that “Yes, I did, I worked for Mr. Trump, but I wanted to keep it secret because I was afraid my wife would not accept it and would leave me”.  Mr. Cohen’s wife is a professional killer and a trained torturer from Guatemala.