Scroll to Top
HOT
Categorized as
15
Tagged as
assangecitizenfouredwardsnowdenFacebookjulienassangensawikileakszuckerberg
Related 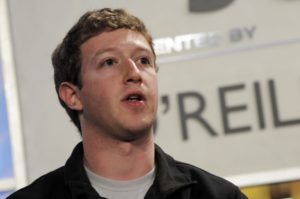 Private Zuckerberg upon learning about his new company role

Fort Meade, Maryland – Facebook is completing its last step towards a full integration into the National Security Agency. “That old system with Facebook giving us all the millions of private data we wanted – it wasn’t working anymore” declared NSA Director Michael S. Rogers. “The most efficient solution appeared to be that of a full integration, and so we did”.

“We are setting up a new process where private informations are mandatory”, adds Michael S. Rogers. “For example, instead of politely asking ‘What are you thinking about?’, the new question will read ‘Write what you are thinking about and if we don’t like it the SWAT will break into your room'”.

The data will be transmitted directly to the NSA without having to go through the bottleneck of Facebook controls.

“By the way, the question ‘What are you thinking about’ is truly idiotic and it’s what people ask their partner after sex. It’s so cheesy” believes the NSA Director.

Starting 1st June, the headquarters of Facebook will be moved from California to Fort Meade, Maryland, where the NSA offices are located. Former CEO Mark Zuckerberg will be demoted to a lower rank due to the new military structure of Facebook.

“But no worries” ensures Mr. S. Rogers, “Private Zuckerberg will be given a large desk in a well-lit basement room”.