Scroll to Top
HOT
Categorized as
13
Tagged as
cleanenergyco2cop24globalwarminggreenenergygreenpeacerenewablesteslawwf
Related 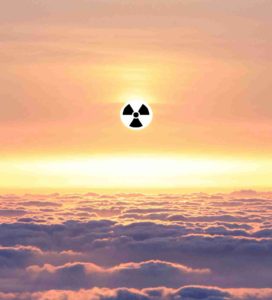 Pasadena, CA – Miranda Chan looks unsettled as she removes the bumper sticker from the rear of her car, bearing the statement “No Nuclear Energy for a Cleaner Future”: “I had no idea”, declares Mrs. Chan, “That the sun is just a big nuclear reactor”.

The permanent fission of hydrogen and helium atoms is the main reaction process that takes place on our star. “Harvesting energy from the sun is not different than plugging your tv directly into a nuclear reactor” adds Mrs. Chan, trashing her t-shirts with the slogan “Atom Energy Sucks”.

The fact that “sun” is just another term for nuclear energy came unexpected for all the eco-activists in the world. Greenpeace local leader Hannah Barossi from Chattanooga, Tennessee, sees a whole project around the newly rediscovered truth: “now I understand why everybody was so excited about solar panels. It was a machination”.

“Even the Chinese, that couldn’t care less about sustainability, were into solar panels” says Mrs. Barossi “and this should have made some bells ring”.

Activists appear even more stunned by the fact that it will take at lease 5 billion years to shut down the sun, and then it will transform into a red giant and suck up Mercury and Venus.

“We shall start to think now about a place to store the nuclear waste of the Red Giant” claims Mrs. Chan.

Greenpeace is planning a campaign to take off solar panels from all the roofs of the world.