Scroll to Top
HOT
Categorized as
29
Tagged as
chinesespacestationspacestationtiangongtiangong1
Related 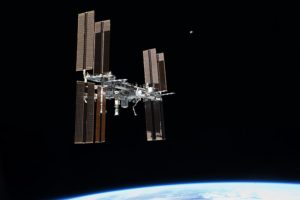 Pacific Ocean, Earth – “We wouldn’t believe our eyes when we opened the hatch” declares Adm. Jonas Maloney from the USS Spitz “that Chinese space station it was completely filled up with fake Nikes. And also low quality Lacostes from the 1980s”. Yes, the Chinese space station that crashed on the Earth in the night between the April 1st and 2nd was part of a larger scheme to illegaly export counterfeit shoes.

Adm. Maloney has strong opinions about the finding: “The way it looks suggests that China was experimenting with new ways of flooding advanced markets with cheap copies of popular products. It eventually didn’t work, and not just because Lacoste went out of fashion”. The reason seems to be much more simple: Alibaba has proven a much stronger tool for the purpose of expanding the traffic of fake products.

Preliminary investigations seem to suggest that part of the fake products had been realized on board, in a special module kept secret for decades. “It contained four sewing machines and skeletons of eight malnourished kids”, specified the Admiral.

Shoes and shirts have been seized by border police and will be destroyed after registration.