Scroll to Top
HOT
Categorized as
16
Tagged as
berlinberlin365berlinlifegermanykreuzbergpoorbutsexy
Related 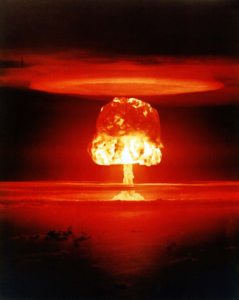 Berlin, Germany – The Berlin City Council announced today that the German Capital is due to remain closed for the entire month of June due to a WWII Nuclear Bomb defusing operation.

The bomb has been found under a kebab store at Kottbusser Tor, in the Kreuzberg neighborhood. “It was an old legend” claims Renato Roipnol, owner of the store “and sometimes we would hear it ticking at night”. Eventually the fat pouring out of the kebab dug a hole in the floor until revealing the bomb.

The German Institute for Statistics calculated that shutting down Berlin for one month would benefit the European economy, since the cash-strapped, poor-but-sexy, bon-vivant city costs millions of euros to tax payers every day.

“Not to mention the benefit of closing the cash-sucking Willy Brandt Airport building site for four weeks. This could solve the EU crisis for once and for all”, claimed Berlin Mayor Michael Müller.

Hipster shelters are being set up in Brandenburg. “We are preparing everything in order to ensure these people a decent stay” declares Hermann Grotmeyer, head of the Potsdam Fire Force “including macha latte tanks, and speakers playing Ed Sheeran and other hipster stuff they seem to adore”.

But not everybody accepts the plan to leave Berlin. Theodora Grut, a 67-year old single woman from Lichtenberg, commented laconically to The Serpopard: “Was soll jetzt mit dem Scheiss?”.

The origins of the bomb are not clear. It could be something the allies dropped before Hiroshima, but the device didn’t ignite and they stood silent to avoid embarrassment. This explanation seems to be the most probable, since the bomb fancies an American flag and a caricature of Hitler.