Scroll to Top
HOT
Categorized as
17
Tagged as
berlinmietpreisbremsewohnenwohnungsnot
Related 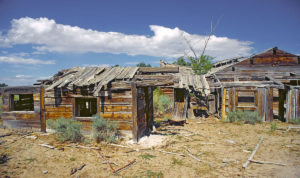 Berlin, Germany – Berlin has become too expensive and people are living it. The German capital – so claims a study by Freie University – will become a ghost town by 2024 – but an incredibly expensive one.

“It was in the air” claims Theodora Duken, a long-time resident. “After the wall fell down you could get a serviced apartment for a box of Marlboro per month. Now the combined salaries of a poly-amoreuse family aren’t enough”.

Berlin still almost tops the list of most unemployed region in Germany at 8.8%, compared to a serious Land like Bavaria where the quote is at a staggering 2.9%.

“But this is exactly what made Berlin so attractive: you can basically come here and do nothing, and let the Bavarians do all the work” observes Mrs. Duken.

The Berlin government tried to counter the rent problem by adopting a measure called “Rent brake”, that resulted merely in little longer contracts – and no effect on prices. “At least it helped the economy” believes Dr. Alexander Stich, a member of the city council “because people have to buy more paper for the contracts and this makes the economy soar”.

The view of central neighborhoods such as Mitte or Kreuzberg is incredible. The streets are completely empty. Overpriced apartments have been left overnight by their tenants. In many cases, they have been left as they were when people fled – with all the junk food and the party drugs left on the living room table.