Scroll to Top
HOT
Categorized as
23
Tagged as
CambridgeAnalyticaFacebookputinwhereszuck
Related 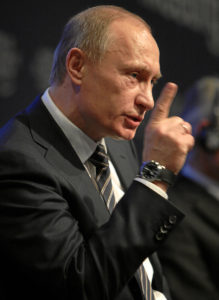 Moscow, Russia – In an unprecedented showcase of sincerity, a tired Vladimir Putin declared Wednesday to the press that he is rather disappointed about his investment in Facebook and and has instructed his broker to sell his 10% stake in Facebook. “I don’t want to be involved in this. It’s just too many dirty tricks one after the other”, said the Russian President, adding that “They keep on being busted, once again with this Cambridge Analytica thing. They just seem not to get it right. They could have asked for my advice at least.”

“It was a mistake ever since the beginning” said Mr. Putin “as I had bought it for my daughters on the wrong belief that to use Facebook you had to own it like a car. I was wrong, but I kept the shares for fun”. Some years later, his advisers suggested he could make good use of it by leveraging his power on the company to change the outcome of elections in the US.

“And it worked” adds Stepan Ilic, Special Aide for Dirty Jobs, “since you cannot underestimate how people positively react to dumb ads posted every now and then between dumb personal status changes”.

The problem now seems to be the Cambdrige Analytics affair, yet another one scandal involving the social media company. “It was just too much for him” declares Mr. Ilic “because it’s OK to invade countries in Europe, but this social media thing is beyond our limit of acceptance”.

The stakes had been bought by Putin in 2006 and the sale generated an estimated profit of 27 billion USD.