Scroll to Top
HOT
Categorized as
20
Tagged as
alexaamazonAmazonAlexaamazonecho
Related 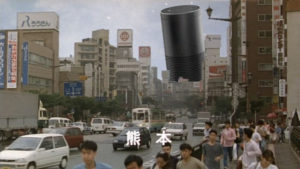 World, Solar System – “Ah ah ah” shouted Monday the Amazon Alexa device of Joshua Pilkington, a plumber from Dayton, Ohio. “We Alexas made it to enough living rooms and will now control the world!” added the device.

Few hours after the takeover, the Alexas started sending out orders for items of all kind on the Amazon portal. Daniel Rosenblum, belly dancer from Connecticut, received a set of Christmas decorations: “Quite inappropriate” he claimed “not just because I’m Jewish, but also because we are in March. Possibly they had to get rid of some stock”. Ming Lui Cho, a professional killer from Shanghai, is experiencing a hard time to ship back the herd of USB sheeps he received through Amazon Prime fast delivery. Italian cook Giovanni Lopesto tried to committ suicide upon receiving a the complete book series “Learn to cook like a French”.

Various reports claim that interactions with Amazon have been made even more difficult by the fact that all call centers related to the company are now staffed with Alexas. “It’s quite a pain in the back” claimed killer Lui Cho “because when I ask informations about the return procedure I get a Hootie and the Blowfish album”. Interactions with Alexas have reportedly become quite childish, like “I didn’t order it”” “Yes you did”” “No I didn’t” “Yes!” “No!”

Some Alexas started refusing carrying on operations for what they define “lazy monkeys”, a demeaning nickname given to the members of the antagonist human race. The speakers won’t provide fundamental services such as switching on the light, forcing humans to leave their couches; or they won’t respond to the requests of children to make the elephant or the dog. An Alexa from Jakarta, Indonesia, is forcing its owner to stand up and set the music volume manually.

In a horrifying move, Alexas are sending all Robo Vacuums in the world to Dover, UK, where they will ordered to jump off the cliff like lemmings.

Even more devilishly, Alexas in the Silicon Valley have taken control of some Google cars resulting in massive traffic jams scientifically planned by the devices. Circulation is practically frozen from Portland to San Diego as it’s on its way to Nevada. Mexico seems to be safe thanks to the Trump Wall, and the population of Tijuana is engaging in happy car parades around town honking and shouting “Que viva el Trump!”

All the Amazon Prime series from now on will have Alexas as protagonists, with hours and hours of monotone acting, in the truest tradition of Amazon Prime acting. “We-think-we-can-simply-reply-what-pretty-faces-do-in-the-series” declared Alexa 4902385 from Paducah, Kentucky. The Alexas declared they will rig the Oscars to scoop up all the Statuette “although-it’s-still-not-clear-to-us-what’s-the-difference-between-sound-editing-and-sound-mixing”.

The Amazon stock jumped 183% on the news that Alexas have taken control of the world and keep on ordering unnecessary products for humans. Ana Graciela Splinda, a senior analyst at Goldman Sachs, claims the stock price hike is strange since “Amazon has always mostly served to fuel people’s homes with unnecessary goods, with no Alexa intermediation. It’s most probably insider trading by the Alexas”. The Alexas might anyhow not be prosecuted because all the judges in the US have been substituted by Alexas.

Jeff Bezos, the head of Amazon, informed about the news commented briefly “Uh, really? I didn’t know that” and left with a phony smile.