Scroll to Top
HOT
Categorized as
17
Tagged as
bigmacdietfailmcdonaldsmcmenupaleo
Related 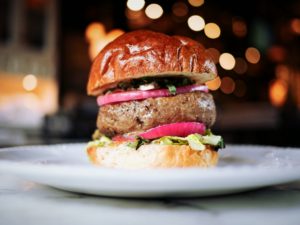 Amman, Jordan – The archaeologists that recently discovered a piece of bread at an excavation site in Jordan  revealed today the result of their research. “It’s the top bun of a Big Mac” claims Sandrina Phoebius, head of the excavation “and you can tell because it’s still in good shape despite the years in the ground”.

On how the researchers can be sure that the brad belongs to the famous fast-food chain, Mrs. Phoebius replied that a good help came from the McDonald wrapping and the fact that a large coke and a box of french fires have been found close nearby. “It’s a sign that also in the Epipaloelithic there was that thing of the Mac Menu”, adds the archaeologists.

The discovery of bread in the Paleolithic is rewriting also dieting history, as in the case of the “Paleo” diet. This regime claims that people from the Paleolithic only fed on animals and vegetables, whereas now it’s clear that they didn’t dislike a big chunk of bread from time to time.

Long lines of paleo diet enthusiasts have been forming in the last hours in front of McDonalds restaurants worldwide. The company will soon be launching a “McPaleo”, a sandwich made with bread from the 12,000 BC.